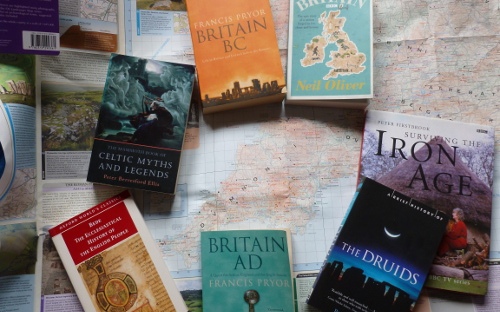 I’ve finally finished all the original writing on Demero’s book – Unbound and Free – which has proved to be so much longer than I anticipated. All in, it’ll be over 110K words, which is over 400 pages in standard book form. Phew.

However, as happy as this makes me (and it really does), I’ve still got to go back and do some major rewriting on Story 1: Jealousy’s Shadow and coax some of my lovely, ever-so-helpful reading friends to look over Story 3: Unbound and Free and the newly (as of early this morning) finished Story 4: (title not quite decided). So nearly there, but not so nearly after all.

But it’s progress, it is coming, and hopefully I’ll get it out before July ends. Huzzah!

After that there are a few romantic stories I want to tell from this book (one from before it starts, two right in the middle), and I’ll probably want to write something with some of these non-Aekhartain characters again, but I’ll see what happens. I also want to write a little short story with Freyda and Dóma, so I’m thinking up ideas for that.

Then it’ll be a Book 1 rewrite for Shaiel’s big tale – Icarus Child. I’ve been wanting to put that off until I’ve established the Aekhartain a bit more (it certainly wasn’t anywhere near the first Aekh tale I ever wrote), but some of the things that happen in Demero’s tale are forcing my hand. Blame the island, I always do. Unfortunately this means I have to put off Nawaquí’s tale, which means I also have to put off everything that comes after.

I HAVE TOO MANY STORIES! But I know this, I have known it for years, and these are only the Aekhartain section of my private library.

So, the revised release schedule now reads something like this:

As always with me, all of the above is kind of fluid and subject to change. At some point I’ll probably have had my absolute fill of all things Aekhartain and run off for a few months to play with my other stories (Overworld tales, I miss you!), but I promise I will always come back. The Aekhartain have been luring me back for a decade now, I’m not about to abandon them any time soon.

As always, any questions, please feel free to ask!

2 thoughts on “Demero Update and What’s Next”