Once there was a world cursed by the Gods to be covered in clouds, the seas and lowlands buried beneath a perpetual sea of white. Only the tops of mountains and high plateaus remained clear, tiny islands adrift in an ethereal ocean.

Humanity stood upon the brink of destruction, until the Storm Goddess Maegla and a group of dragons intervened. Together they created giant eagles called miryhls, and other flying beasts, and the people were saved.

In fact, humanity didn’t just survive, they thrived, until that same success brought about new challenges and a few minor curses of their own. And not everyone was happy about it.

Welcome to the Overworld. 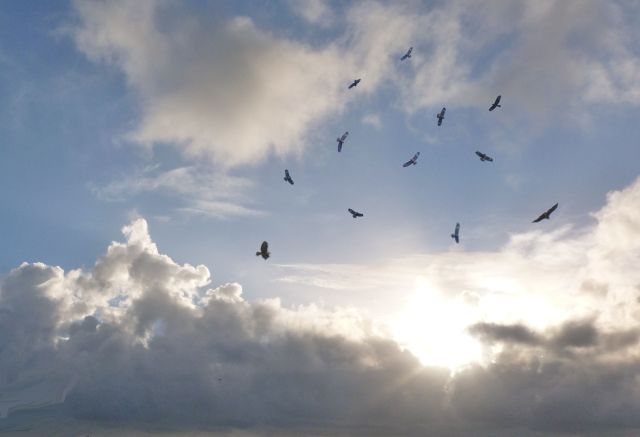 Need help figuring out which to read first?
Blazing Dawn or Wingborn? Q&A