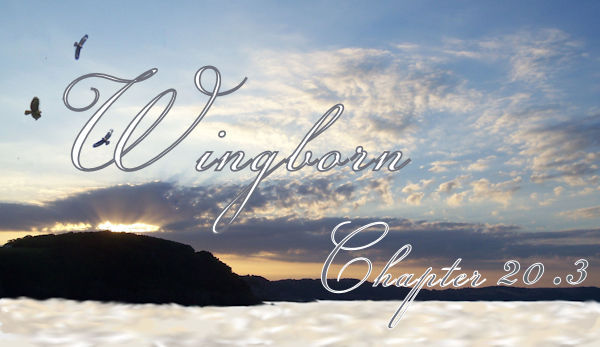 FOR MOST THE Feast of Maegla was a day of private worship, but at Aquila it was the most important festival of the year. The citadel and town celebrated Her glory loudly, and She threw out the worst storm of the season in response. But most of the students were too tipsy to care.

“S’my birthday,” Mhysra said to the ceiling, but no matter how many times she said it, she still didn’t get any presents.

“I love you. Did I ever tell you I love you?” Corin told Mhysra for the fifth time.

“Yes.” As she’d said the same to Haelle, Mouse, Derrain, Lieutenant Stirla and Lieutenant Hlen, Mhysra wasn’t flattered. “You’ve had too much drink.”

“I like it!” Corin protested, as Mhysra took the bottle away. She tried to put it on the table and missed. “You broke it!”

“Didn’t,” Mhysra retorted, juggling it until she got a grip. “See, some left.” Tipping back her head, she drained the last third.

Corin stared at her in shock. “You drank it.”

“She did.” A veteran of intoxicating spirits, Derrain was still in possession of his wits. “And you’ve both had enough.” He hauled them to their feet. “Time for bed. Lessons tomorrow.”

“Not when you might get struck by lightning. Aquila frowns on that kind of thing.”

Derrain raised his eyebrows, and Mhysra stopped grumbling long enough to swing around. “Wotcha mean? Where you gonna get a kiss?”

Corin giggled. “On ma lips. At first.” She winked. “Maybe somewhere else, if he’s lucky.”

Mhysra swayed as she tried to focus. “S’not what I meant. Who’ll kiss you?”

They all leant closer and Corin bashed foreheads with Derrain as she planted a loud kiss on his lips. She teetered away, crowing, “Tol’ you! Tol’ you! I got a kiss!”

Lunging to catch her before she fell over, Derrain sighed and tucked her under his arm. “You should have asked, Corin. I’d have kissed you gladly.”

“Depends how nicely you ask.”

She chuckled and cuddled up to his chest. “You’s nice, Derry. I like you.”

“Should ‘ope so,” Mhysra hiccupped. “Hate to think you go ‘round kissing them you don’t.”

Mhysra cackled. “’m all right, thanks.”

Corin wrinkled her nose. “Can I have ‘novva drink, Derry?”

“Not from you!” she protested, while Mhysra wandered into a wall.

Derrain reached out and snagged Mhysra’s wrist as she walked into the wall again, asking it why it wasn’t getting out of the way and didn’t it know it was rude to obstructify people in this manner. He reeled her in and smiled at Corin. “You don’t need courage, little one.”

“You’s nice,” Corin repeated, patting his cheek. “But I wanna kiss from Dhori. Where’d he go? D’you know? Oh! A rhyme! Where’d he go, do you know? I don’t know, where he go? Where he go, I don’t know. I don’t, I don’t know! ’m so clever.” She collapsed against his chest, staring up at him adoringly. “Don’cha think ’m clever, Derry?”

“Brilliant,” he agreed, staggering sharply left as Mhysra avoided another wall, which she was sure had lunged. They had it in for her, all of them. Evil walls. “Come on, girls, upstairs.”

“Stairs,” Mhysra whined. “They’re worse than walls. They trip you up an’ everything.”

“Stairs! I love stairs! ’m good at stairs!” Corin raced off, slipped and slithered down, scraping her hands but miraculously not flattening her face. “Did you see that?” she demanded. “It tripped me!”

“Is there any reason why we can’t talk like normal people?” Derrain pleaded, as they berated the stairs.

“You’re at Aquila, lad. There are no normal people here.” Stirla and Lyrai were watching their distinct lack of progress, bright-eyed with amusement. “Need a hand?” Stirla offered.

“Come on, milady. Up.” Lyrai pulled Mhysra to her feet and hauled her over his shoulder.

“No, just you,” Lyrai assured her, while Stirla scooped up Corin.

“You know, you’re not as grouchy as I thought you were,” Mhysra murmured to Lyrai’s back. “An’ you have a nice bum.”

It was Derrain’s turn to trip on the stairs, he was laughing so hard.

“Thank you,” Lyrai said gravely, not even flinching when Mhysra patted his backside.

“’m gonna regret this in the mornin’, aren’t I?” she muttered.

As Lyrai carried her up the stairs, she remained quiet, though Corin was trying to bargain a kiss out of Stirla, who promised to drop her if she tried.

Then Mhysra hiccupped. “Ow. Your shoulder’s not as nice as your bum. S’all bony.”

It was quite possible that Lieutenant Lyrai had never moved so fast as when he put Mhysra down, turned her around and boosted her up to an open window.

When she was dangling halfway out of it, she giggled. “S’rainin’.”

“Tell us something we don’t know.”

“What?” Stirla dumped Corin and ran to the next window, while Lyrai gripped hold of Mhysra’s belt before she could fall out.

“Are you done?” Lyrai asked.

“I don’t feel sick now,” she confirmed, then protested as he dragged her inside. “I like it out there. I like rain. Noooo!”

“Blast it, does he want to get killed?” Stirla cursed, leaning right out of the window to see Dhori on the high roof opposite.

“He likes it,” Mhysra grumbled, sliding down the wall next to the sleepy Corin. “He likes rain on his skin an’ thunder in his bones. Makes him feel good.”

“How do you know?” Lyrai asked in surprise.

She shrugged. “If you knew him, you’d know. He’s safe on the roof.” The rain had turned her maudlin. “Don’t make him get down. You didn’t like it when you couldn’t fly.”

Lyrai blinked at the abrupt change of subject. “Do you like it when you can’t?”

“Course not. It’d be the same for Dhori if you made him get down. He needs storms. Don’t make him come inside.”

Smiling, he hauled Mhysra to her feet. “I won’t. Come on.”

This time he scooped her into his arms rather than over his shoulder and she snuggled against his chest. “S’nice,” she murmured. “You smell better than my cousins.”

“I admire all kinds of things.” She yawned. “An’ my cousins smell terrible. Bet you smell better too.”

“He has a nice bum too,” Corin murmured.

“I thought you wanted to kiss Dhori,” Mhysra reminded her, on the verge of sleep herself.

“Wise child,” Stirla agreed, but neither of the girls were listening. Both were sound asleep.

THE MORNING AFTER the feast, Aquila was bathed in uncharacteristic sunshine. It broke over the mountain edge and speared straight into the girls’ dormitory, where it was greeted with groans. When a maid climbed the stairs to find out why none of them had come down to breakfast, she was forced out under a rain of pillows.

Lessons for the day were cancelled.

Luckily for most, they had only hazy memories of the night before. Still, it was a half-moon before Mhysra felt able to look Lieutenant Lyrai in the eye again, and Corin couldn’t speak to Lieutenant Stirla for the better part of a month. Oddly enough, neither lieutenant complained.

All comments welcome – and if you spot a typo, please let me know.
Thanks for reading!