Still waiting for Kindle to publish (this is why I usually leave it to go through overnight), so I thought I’d post some photos instead. I take so many but share so few, so here’s a small selection of Dartmoor’s Bronze Age stone circles, as presided over by the Sparrow Cat, and taken by me over the last year or so.

First up is Fernworthy, also known as Froggymead circle. This is a small circle, that might not be too impressive compared to some others, especially since it’s been surrounded by a forest plantation over the last century. And yet, I find it has its own charm. It was the first stone circle I went purposefully looking for on the moor, since it’s not too tricky to get to, so it’ll always remain something of a favourite. I like the way the stones get bigger on the south side. No one quite knows why. Then again, no one really knows why the Bronze Age stone circle builders did anything.

There are a number of barrows close by, as well as a double stone row that leads to what might once have been a burial cist, but the trees have pretty much destroyed them all. The stone row is through the gap in the trees and is strangely cute, since it exists of tiny stones barely visible over the grass. Not very impressive in photographs though. 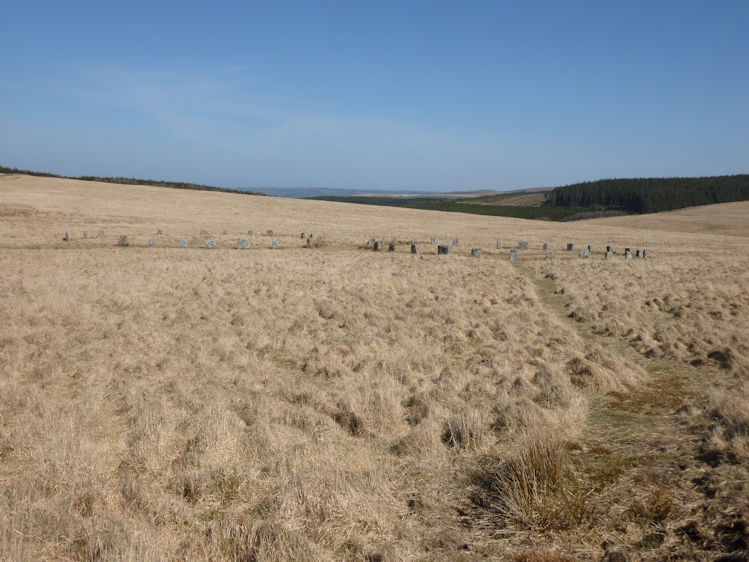 A couple of miles away from Fernworthy – as the crow flies, the trees mean walking takes a bit more time and effort – are the Grey Wethers, an unusual pair of stone circles sitting next to each other. They’re the only ones like this on the moor, and were both extensively “repaired” during the Victorian era, but they’re all the more impressive for it. Especially after a long walk, when you first see them appearing atop the hill beyond the stone wall on a spectacular April day.

They’re also unusual because of the size and uniformity of their stones. Other old monuments on the moor seem to almost revel in the odd shaped stones they could find and use, but the Grey Wethers are strange little oblongs. There are a bundle of local legends about them, most including sheep turned to stone, hence the name. 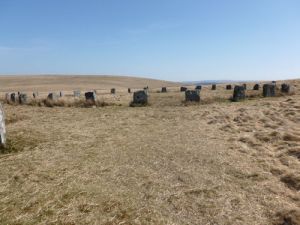 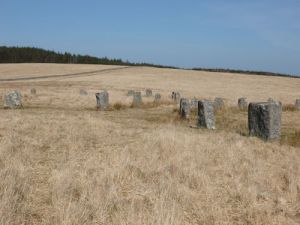 Some people have suspected the stones were worked, but apparently there are a lot of stones like this on Sittaford tor – which you can’t see in these photos because it was behind me.

No, of course not!

Welcome to Scorhill Circle! Which I first visited on a misty early October morning. Very atmospheric, don’t you think? Well, what a difference three weeks makes! 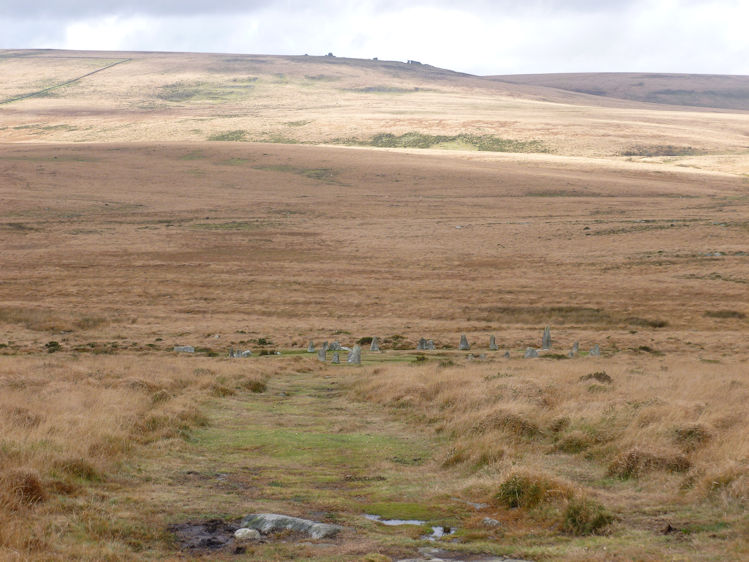 I think of all the circles I’ve managed to visit so far, Scorhill is my favourite. The drive to get there is a bit tricky at times, but the walk to reach the circle is really nice, and there’s plenty of other things of interest to visit nearby. However, it’s the circle itself that I really love. It wasn’t “restored” by the Victorians, so it’s a bit more quirky and damaged from where stones have vanished over the years, and the tallest stone really looms over the others at around eight feet high.

Those dark hills on the left horizon are actually the trees you can see behind the Grey Wethers circles in the first picture, and somewhere between the two lies Fernworthy circle (and reservoir and forest). And if you continue on that path through the circle, it would take you north and in a shallow arch to three more circles – each 1-2 miles apart – forming the “sacred crescent” of circles on the moor. An eighth of which was discovered only recently a little south of the Grey Wethers (Sittaford circle). 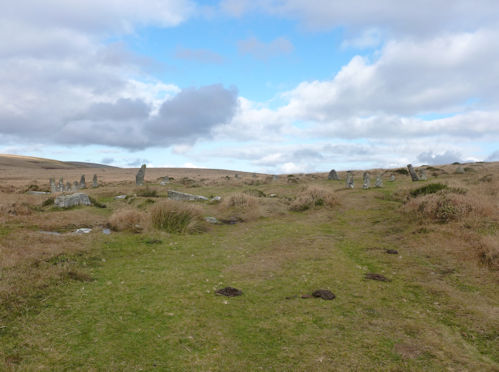 But that’s not all Scorhill has to offer, because just a short walk on down the hill leads to the North Teign. Which was looking pretty gorgeous back in late October.

It’s worth a little trek down to the river for its own sake, but there’s also the Tolmen stone to encounter. (Which is why I went down there in the first place, of course.) 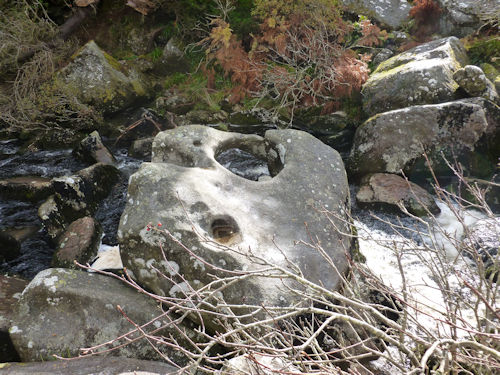 That completely natural hole is plenty big enough for a person to travel through (about a metre diameter). I know ’cause I scrambled over and dangled myself most of the way through it. I didn’t fancy a full dip, though, so I wimped out. Still, it’s pretty impressive – and of course has a heap of folklore surrounding it, from druids (because it’s always druids) to health cures. It would certainly make for a highly symbolic purification rite.

There’s also a couple of stone rows, a massive menhir and an ancient settlement nearby, but I think this post has enough photos in already, so I shall leave them for another day and go back to waiting for Kindle.