Right, so the poll wasn’t the greatest success, but the votes I did get suggested that both a sale and a new book would be nice. So here we go.

From now until April 15th, the entire Dragonlands series is on sale!

Blazing Dawn is FREE everywhere except for Amazon, although some retailers might take a day or two to update their prices. Amazon is as cheap as it will allow me to list it.

Storm Rising, Cloud Cursed and Burning Sky and all 0.99 or as low as I can put it. Click each title for more details or head here for all the buying links. (If anyone wants them on Google Play, let me know and I’ll add them.)

The rest of the series should follow soon, Broken Ground hopefully at the end of this sale, and Setting Sun in June. More details to come when I know for certain.

Once this sale is done I’ll run a Wingborn series sale, which will hopefully end with the release of World’s End and Aftermath. Before that I have a new world and a new serial to share, starting tomorrow. See you there :)

The Dragonlands series is still on sale, but only until tomorrow. Grab ’em now and get FOUR books for *less than a fiver! (*Depending on your location, but they’re still pretty cheap.) 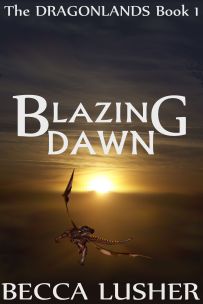 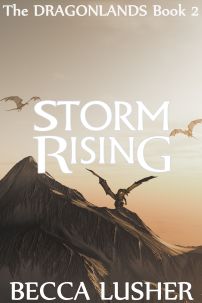 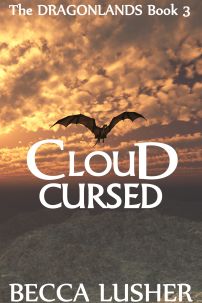 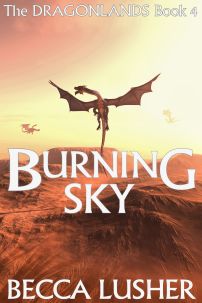 You can find out more about all of them on the Dragonlands Series page. Or just click a link below.

Just a friendly reminder, in case you missed it, that all the Dragonlands books are on sale until Tuesday! Only .99 (or your local equivalent).

You can find out more about all of them on the Dragonlands Series page.

This will be the last time I talk about this for a while, I promise. But! 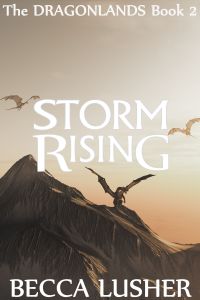 A quick and final reminder that the price is going up today from 0.99 to 2.99 (£1.99 GBP/AU$3.99). It will take a little while for it to filter through all the various retailers, so you can probably still grab it at the lower price if you’re quick.

Also known as Storm Rising: Chapter 2. In which Estenarven is grumpy after getting in trouble, again.

If you missed them, Chapter 1: Part 1 and Part 2 are also available.

Or you can buy the whole book now if you’d rather read it all at once.

This is also a friendly reminder that the price will rise from 0.99 to 2.99 this Wednesday! So you have only a few days left to get it cheap.

END_OF_DOCUMENT_TOKEN_TO_BE_REPLACED 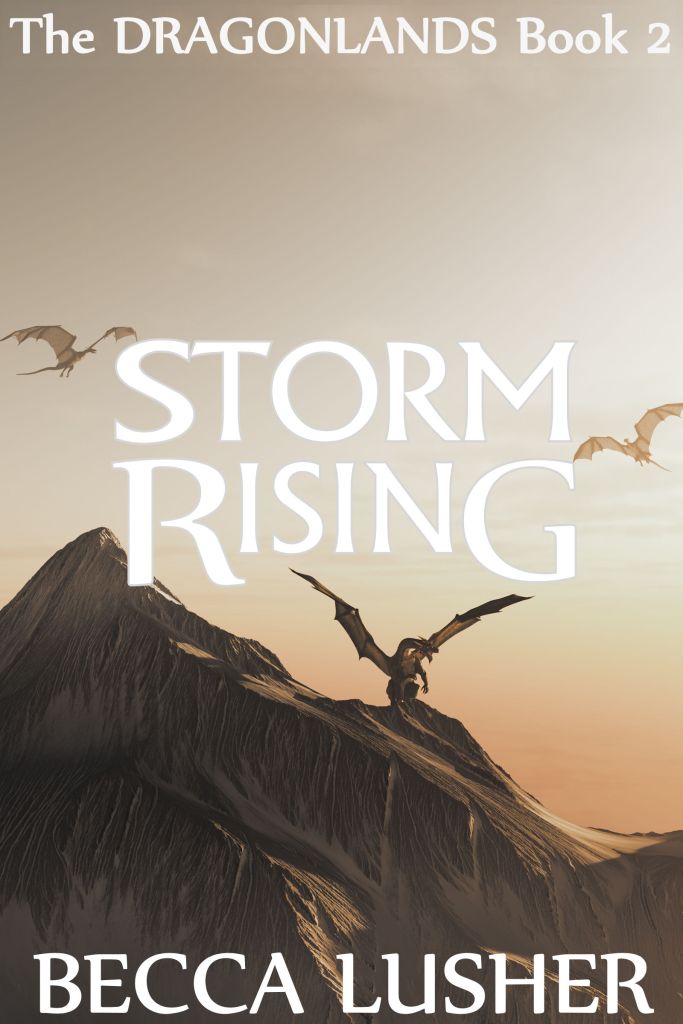 END_OF_DOCUMENT_TOKEN_TO_BE_REPLACED

Just a quick little update today to say that you can now pre-order Storm Rising all over the place.

From now, right up to next Wednesday (13th Sept) you can also get it at the lowest discounted price. Most places that should be 0.99, but some might be a little higher (Amazon US, for some reason, likes to hover around $1.25) and Kobo might even have it a little lower.

So if you want the next in the Dragonlands series as soon as it comes out – this Wednesday! – go grab it now while it’s cheap!

In other news, iTunes has finally put A Courtship of Dragons up, so if that’s your preferred ebook shop, you can go grab it for FREE right now.

I’ve also finally posted a proper Courtship Portal Page, which has all the necessary information and links that you might need for that book.

Elsewhere, things have been so busy around here all summer that I’m looking forward to having a bit of downtime. But I’ve also been planning what’s yet to come, for this year and beyond.

Right now I’m focusing on Dragonlands #4, but before the end of the year I hope to have finished the Dragongift serial and prepped that for release (ETA: beginning of December), started posting Storm Wings (Wingborn #4) and also have tackled NaNo (Wingborn #5). Then in January, Dragonlands #3 should be released. So a busy few months lie ahead.

For this week, though, I’m planning to read a lot, replace the shelf that fell off the wall this morning, find a new home for all the heavy books and get back into some sort of normal routine.

I’m working on pre-order links right now. More info to come when I get them. And it’ll be on offer too, so if you’ve been waiting, watch this general direction for links, the first few chapters and all the important information.

But mostly, yay, it’s finally on it’s way. Only a week to go! 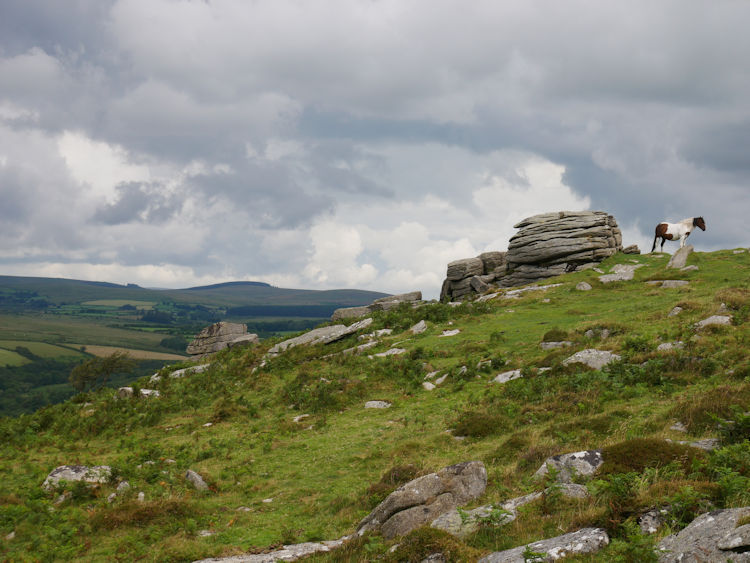 I’m not quite sure what it is about this year – or me – but every time I mention a deadline I seem to be tempting fate too far, so I get something else thrown at my head to make all chances of meeting said deadline impossible.

Which is a roundabout way of attempting to excuse myself for missing all my self-imposed deadlines this year. I would say that from now on I will hit each and every one, but I’m making no promises – in case they turn around and devour me whole.

The good news is A Courtship of Dragons is finally out! You may have already noticed.

The other good news is that I’m working really hard on Storm Rising and hope that it won’t be long before it follows. I have a hard deadline set in my head, but I refuse to write it down for fear of aforementioned bitey things.

After that it really is time I returned to writing. Things have been so hectic around here this year that I basically haven’t written anything in more months than I care to imagine. Which would be frightening, except I have been just too busy to have managed anything. I’ve written copious reviews, but I don’t think they really count. I also cleaned out a fully packed attic, which is satisfying in many ways, but doesn’t write the stories for me.

Next up on my writing schedule is the long neglected Burning Sky (or is it Sands?), which is Dragonlands #4. I left some characters in a bad way there, so I really do need to go and take care of them. After that, I would love to try NaNo again this year, probably with Wingborn #5 (whose title is spoilery for those who haven’t read past book 1). Beyond that, a whole other series without dragons or miryhls in it keeps calling me with a siren song and I’d love to return and play with them. I also have Aekhs to work on and older books to tidy up for various reasons.

As always, lots to do, very little time to do it in. But in non-writing news I’ve been walking loads, have finally worked out a routine so I can yoga every day and I even have a new camera to play with. My dogs and I continue to get older, my cat remains cuddly and grumpy, family is awesome, and my good old British summer isn’t playing very fair right now (see the photo, that’s supposed to be July!). On the whole, though, I can’t complain.

But enough of me, how are you lovely people doing?